It’s an International Standardized Test generally taken by non-native English Speakers to study in an English-Speaking Country. The test assesses the proficiency of English language. Currently it is managed by British Council and IDP Australia. The validity of the test is 2 years. There are two types of test – General and Academic IELTS. For students seeking to pursue their studies in an English-speaking country Academic IELTS is required.

The test can be given both the ways that is electronically as well as paper based. There are 4 sections – Reading, Writing, Listening & Speaking.

The Listening, Reading and Writing sections of all IELTS tests are completed on the same day, with no breaks in between them. The Speaking section, however, can be completed up to a week before or after the other tests. Your test center will advise.

The total test time is 2 hours and 45 minutes.

The scoring is done in a Band Score Pattern. Band score conversion

A Band Score conversion table is produced for each version of the Listening test which translates scores out of 40 into the IELTS 9-band scale. Scores are reported in whole bands and half bands.

One mark is awarded for each correct answer in the 40-item test. Care should be taken when writing answers on the answer sheet as poor spelling and grammar are penalized.

All the Sections are given marking on Score Bands of 9 and then an average is taken for the main score.

First you need to decide which test center you want to give your exam from – British Council or IDP.

Then you need to find the nearest test location through this website- https://www.ielts.org/book-a-test/find-a-test-location

Register for the test.

The registration charges are INR 13000.

The exam dates vary from location to location. You can check the dates for your preferred location via the given link 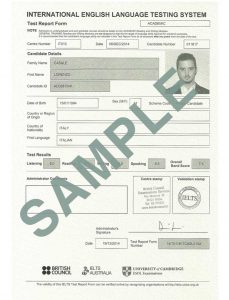 Get in touch with our experienced and trustworthy team at Study Square to get assistance and guidance on your study pathways.

GET IN TOUCH
United States